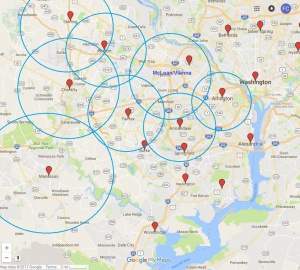 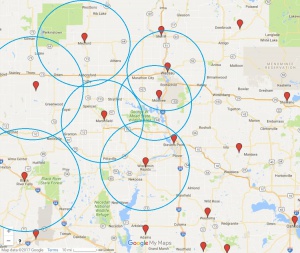 The group coverage area would be much smaller in highly congested metropolitan areas where people primarily get around by walking and much bigger in rural areas. As a general rule, a group is considered viable from a proximity standpoint if travel time by the quickest means (driving, walking or mass transit) to the nearest group(s) exceeds 20 minutes. Check distance using the directions icon on Google Maps and choose the appropriate transporation option.